A round up of the Ireland v England fixture for the last 10 years.

If history shows us one thing, it’s that when England win against Ireland, they win well.

The Underdogs? According to the bookmakers England will be favourites going into this weekends game. We all know anything can happen in rugby especially when an English team comes to visit. For many fans Ireland are unlikely to feel like the underdogs on home turf.

PaddyPower are offering odds of 6/4 for an Irish win, great odds if your a believer!

A few highlights of this fixture 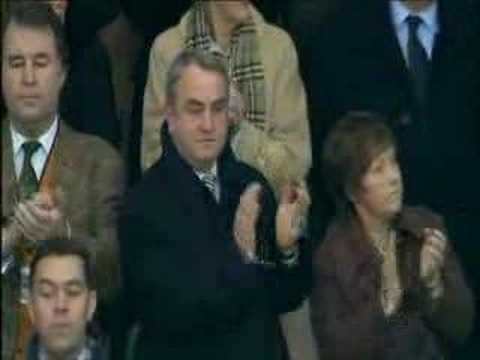 Historic moment at Croker even the referee can be spotted singing Ireland’s call at 3:43. 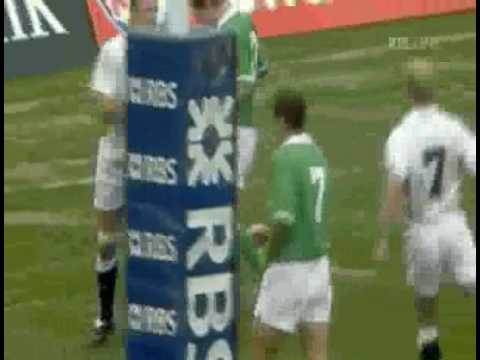 The 2011 Six Nations kicks off on Friday 4th February with Wales at home against England. Ireland’s first match takes place in Rome against Italy on Saturday 5th.

Ireland will host both France and England at the new Lansdowne road/Aviva Stadium. This years tournament will end on super Saturday 19th March with Ireland v England.

After the nightmare in Paris, Ireland is almost back on track. A triple crown is the obvious goal but we still should not give up on the Six Nations trophy even though France firmly have one hand on it.

Nothing beats the excitement and thrill of a win in Twickenham. Even in wet conditions Ireland got the tactics right. Unfortunately after a flying start Ireland were unable to build a meaningful lead however thanks to a wall of green neither were England.

Once again Ireland’s line-out was working like a well oiled machine, the scrum still looks a bit rough around the edges but the forwards made up for it at the breakdowns.

O’Gara’s substitution was well timed, experience was the key in the last 10 minutes especially with the loss of O’Driscoll. The kick to the corner which led to Tommy Bowe’s magnificent try was exactly what was needed. I hope that this game has given Ireland the confidence to reach full capacity in the last two games.

Lets not forget the quite man of the moment John Hayes winning his 100th cap, a truly remarkable achievement for any player never mind a prop-forward.

Win a chance to be Ireland’s bag man!

Yes that’s right, PaddyPower has a got a great competition with a very unique prize.

For the Ireland v Wales match you could be Ireland’s bagman! Don’t worry you will be in good hands as you join the legend Rala, Ireland’s head bagman.

Full Prize Includes:
Helping the Bagman for the Day
Overnight Stay in a Dublin Hotel
€100 Paddy Power bet on the game
€100 Beer Money (you’ll need a pint after all that hard work!)
Signed Irish Jersey by the Team & Rala

The brand new Irish Rugby jersey is now available to buy. The new kit is designed and manufactured by Puma and features the new Irish rugby logo.

Puma have replaced Canterbury as the IRFU’s chosen jersey manufacturer. The new shirt returns to Irish Rugby’s roots with a classic design and a new shade or green. Puma call it “power green”.

Buy your jersey online from the official Irish Rugby store.

“Developing the team kit, replica kit and training equipment has been an extremely exciting process for the brand and we’re proud to have worked so closely with both the players and the coaching staff to achieve a really strong and exciting new range of Irish rugby kit.”

“The new kit incorporates PUMA’s latest technologies that have been used in the past for some of the most demanding sporting occasions – and has performed extraordinarily from the Pit Lane at Imola to the 100 metre finals in Beijing and Berlin.

Brian O’Driscoll is set to resume captaining duties for the 3 autumn Internationals. There is no doubt Brian has the credentials to lead Ireland after captaining the team to win this years Six Nations Championship.

The Irish Squad are currently training in preparation for their first match against Australia. A number of injury concerns are hanging over the squad with Marcus Horan currently undergoing medical tests after experiencing dizziness in last months Munster match against Benetton Treviso.

Other concerns include Rob Kearney, Jerry Flannery, Tomas O’Leary, Paddy Wallace Denis Leamy, Tony Buckley and Leo Cullen. However most of these players are thought to be available for next weeks test match.